← more from
Dragon's Eye Recordings
Get fresh music recommendations delivered to your inbox every Friday.
We've updated our Terms of Use. You can review the changes here. 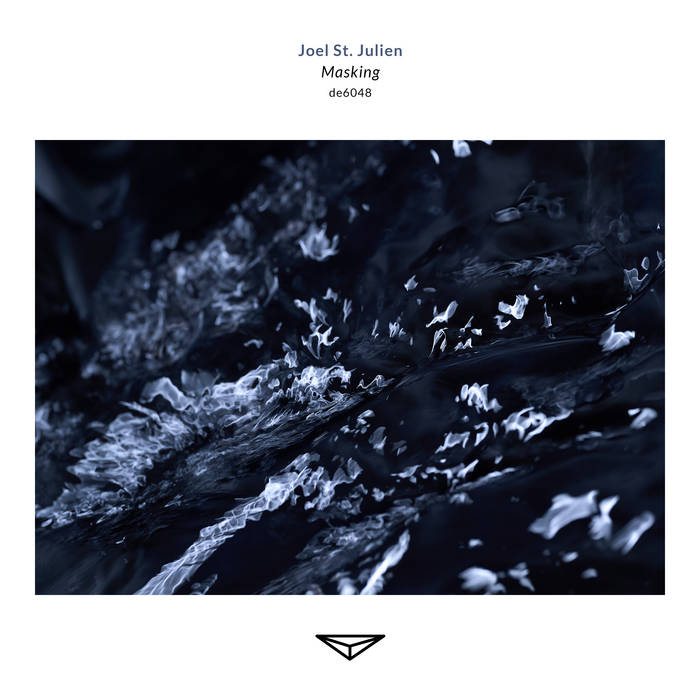 St. Julien’s inspiration for the album came from a mid-life discovery that unexpectedly pushed him into understanding his neurodivergence. The idea of “masking”—the process of learning certain behaviors to conform to the pressures of seeming “normal”—made him realize that he had been hiding his struggles rather than expressing them. His work, in turn, mirrors this realization, moving away from self-blame and towards self-acceptance.

The entirety of MASKING is a lush, dynamic exploration of mood and identity—each track possesses its own distinct flavor, temperature, texture. But as a whole, larger shifts take shape. Its introduction is brief and inquisitive—it glistens and shimmers like sunlight through stained glass, a hopeful entry-point into organic self-reflection. Some tracks create spacious and meditative ambience, considering selfhood with equal parts gentility and complexity. Others are much more kinetic: they entangle elements of techno and hip hop into glitchy, wordless conversations.

Though its name suggests otherwise, “La Grande Finale” serves as the penultimate track, anchoring the many elements of the album into a singular, gorgeous mesh; it builds with excitement until it breaks away from its own mania, and floods with revelation.

And with the outro, “everythingischangingallthetime,” there is peace. Though just barely a minute, the track is a cinematic and wistful look back at the ground that’s been covered. St. Julien created MASKING to investigate one’s awareness—what we choose to see, what is hidden, what we ignore, what we embrace—and this final track summarizes the meaningful impact of such an introspective undertaking.

Another super album, moving between bright and colourful ideas and more earthly moments. There are lumbering half-step numbers with weighty, breathy tones, blissful vistas that give way to soaring arpeggios. It’s great. - Bandcloud

Another fantastic entry from the Haitian-American composer and producer. - White Crate

[I]ts harmonic shapes grow into an eloquent reflection; a sonic mirror on the fluidity of being and understanding our own inner space. - Foxy Digitalis

All music was composed, mixed, and produced by Joel St. Julien in 2021 and early 2022.
Album artwork and creative direction by Jay Adams at For Placement Only™.
Mastered by Jacob Felix Heule.
Thank you to Rhea, Olive, Jean-Michel, Yann/Dragon’s Eye Recordings, Jay, George Hurd, Liam, Ed, t, Chris Duncan, John Felix Arnold, Larry Arrington, RAWdance, Noah Wang, Cynthia Bernard, Cone Shape Top, and to all the people in my life who have and continue to support my work.